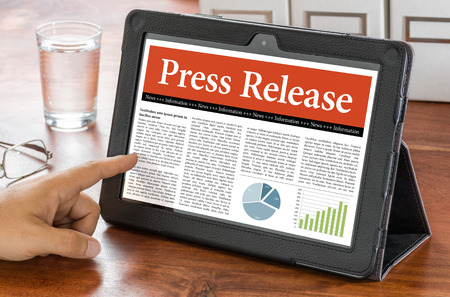 London, 20-01-2018 – Newswire Now Service (NWN) rejects Brian Whitaker’s sensationalist Journalism which has targeted our new media service during its pilot stage.” Whitaker published a defamatory article titled, “How a Palestine activist became chief of ‘Fox News’” focusing on our news distribution in a factually inaccurate, biased and a ‘sexed-up’ story.

Whitaker’s adopted a lazy journalism style that did not bother to contact us to obtain the other, truthful, side of the story. The article failed to provide our views and subsequently provided unfair coverage and an unjust conclusion.

For a veteran journalist like Whitaker, failing to reach out to all sides of the story raises questions about both the veracity and accuracy of his Journalism.

NWN reached out to Brian Whitaker and asked for its account and views to be included, yet the journalist declined our request. He unprofessionally suggested that we comment on his article in the public comment section, which practically has no Journalistic value. NWN considers Brian’s refusal to be censorship and indicative of possible agendas behind his unconstructive attacks. Brian was caught out in an act of censorship against respected Irish journalist David Cronin due to his pro Palestinian views.

Our Newswire Now Service (NWN) is a project in the making, working to establish a network of news websites. Our work commenced in October 2017. Two months later, NWN started its pilot stage to test the service and evaluate the work. The concept of NWN is to simply provide organisations, companies, campaigns and individuals with a tool to publicize their content and broaden their readership and audience base.

NWN relied on a simple concept of news gathering through RSS (with ideas like MSN and other websites) feeds from media outlets and generating original contents from contributors and writers with a special focus on citizen journalism. Content will also include press releases, petitions and other content provided by Editors in charge of network websites worldwide. Our service will also work in partnership/subscription with several US and UK distribution services to widen the scope of its reach. NWN will provide an open door policy of “Corporate Social Responsibility” where good and just causes will have the chance for unlimited distribution to their readers.

Brian Whitaker stated, “Habeeb’s version of Fox News has no connection with Donald Trump’s favourite American TV station, and the rest of his media empire is not quite what it seems either. He created it in a single day – November 22 last year – by registering no fewer than 17 websites with names that sound like newspapers or TV channels. His websites churn out lots of news every day but almost all of it has already appeared somewhere else. On Saturday morning, for instance, three of the four top stories on Fox News 24 were reproduced from Russia’s RT and the other one came from CNN (but with its first sentence missing).”

The words and description of events in the paragraph above is misleading and an apparent attempt to show NWN and editor, Mr. Habeeb committing an “illegal act”. However, there is nothing wrong in establishing unlimited number of websites that sound like “newspapers or TV channels” as far as there is no violation of other trademarks. Brian has also failed to mention in this paragraph that we name our sources and provide a link within each republished article.

Another part of Whitaker’s biased journalism goes on:

“Thirty-two-year-old Habeeb, who lives in Britain, formerly edited an online newspaper called the Palestine Telegraph and is currently head of media and public relations for the Palestinian Return Centre. His Palestine-related activities have often drawn him into controversy.”

A veteran journalist like Whitaker must do a basic fact check and provide sources for his claim. He argues that Mr. Habeeb “was” drawn into controversy due to his pro Palestine work. He buys into unfounded claims of Israeli lobby websites and blogs which have been attacking Habeeb for his views for years. He did not bother to name his sources or their (dubious)credibility.

He further added, “A company called London & Mayfair Estate Agentsoccupies the same hole in the ground, according to its website. That company, which was set up in March last year, is jointly owned by Habeeb

Sadly, this is another instance of how Brain’s work has descended to low levels where he brings to his stories any information including worthless ideas. He brought in the private business of Mr. Habeeb and tried to portray it as “Fake” although the company is running and will be contributing by paying HMRC tax. He argued that the company has an old address which now doesn’t exist. The address “(Marble Arch Tower, London, W1H 7AA” which was used at the website used to be a virtual address for many companies until it was demolished. Thousands of companies used this address and when demolished, they used Royal Mail Forwarding services.

Brian’s journalism in the article – which tried to look like investigative Journalism – was sexing up each and every piece of information he found in the public domain and UK Companies House. He also attacked another company which is still in the establishment process, ICRD, and try to imply it is false or it does not exist for simply using a an address provided by famous UK Company, Rapid Formation, at71-75 Shelton Street, Covent Garden, London, England, WC2H 9JQ. For Whitaker to ignore these facts and only rely on basic Google search, this reflect “lazy and poor” journalism practise.

He went on issuing vague assumptions about NWN without knowing us or even attempting to seek our view:

The company was initiative by Mr. Sameh Akram Habeeb, a journalist and PR expert; is the registrar for the NWN network websites. His name has been public and he is proud of the concept and considers it a “Promising Idea” Nothing has been mysterious about our project or those are behind it nor our agenda or the future method of work.

The veteran journalist who is keen on Arab culture and politics contradicts himself by first attacking NWN and issuing his own verdict, then confirming that that NWN is still short-lived project that is hard to judge, “News Wire Now hasn’t been operating for very long, so it’s difficult to get a clear picture of its PR activities. At present, though, there’s not much sign of corporate clients queuing up to use its services.” said the article.

Brian lists as few as eight articles and press releases out of more than 100 published for testing purposes and attempts to imply that NWN is providing services for Qatar and Palestine. NWN is clear on publishing any material for any party giving that they are in line of law and don’t violate any regulations or carry ay smearing agenda. NWN’s CSR will always stand for just causes worldwide from Palestine, to Burma, Sri Lanka and will provide free of charge PR services for minorities and vulnerable people.

To sum up, NWN urge Brian Whitaker to adopt basic journalism in his reporting and avoid smearing people and individuals. NWN note the brilliant work of Whitaker where he published robust journalistic pieces about fake human rights activists, bogus journalists and criminals. At the same time, it urges him to be wary of over-generalizing his “investigative” style against good people and pro human rights defenders. Sexing up information for “hot” story tabloid will only damage the reputation of a fine journalist.

NWN is now seeking a legal consultation on possible defamation and smearing in Brian’s article.

News Wire Now (NWN) provides practical solutions for companies, organizations, businesses as well as public sector agencies to promote their Press Releases. Our client’s Press Releases will be syndicated to a wide range of news and financial and media thus they can boost their brand and objectives. NWN PR Distribution will be help you achieve online presence and convey your messages across the web. NWN can offer tailored news distribution services to Media outlets in the UK, Europe, Latin America, Asia and the Middle East. We make sure that the key search engines will list your news stories. Our service also give you the chance to get to other News Wire Services in the US to broaden your reach.