An article by Sameh Habeeb For Open Democracy in 2011 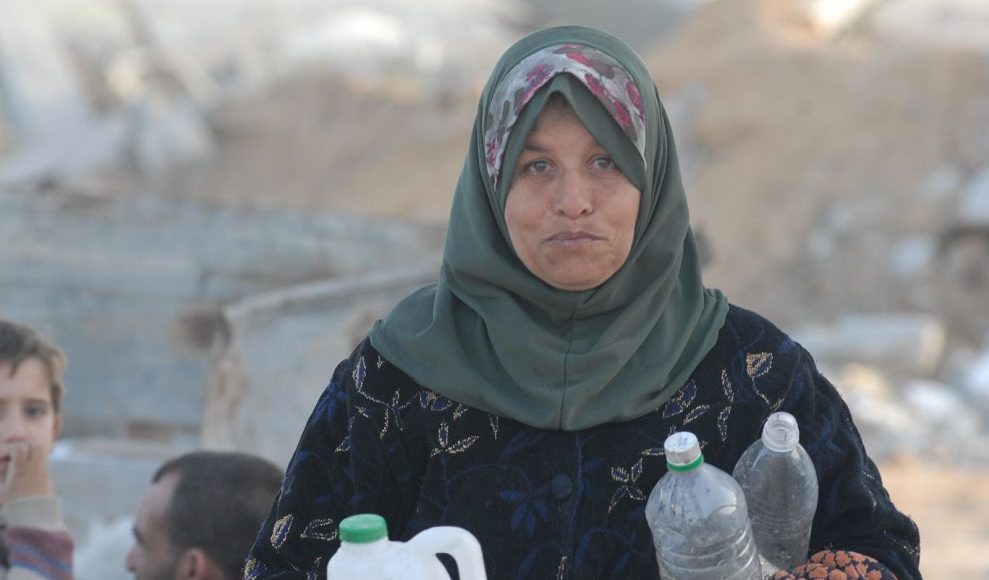 Share
Many Israeli spokespersons maintain that there is no humanitarian crisis in Gaza, and that the siege is being lifted. Facts on the ground indicate otherwise. The water crisis is a major continuation of the siege by other means.

Several reports from international organizations based in Gaza have suggested that fresh drinking water in Gaza is contaminated. According to the Gaza Water Quality Authority, 90 percent of the water in Gaza is a threat to the population. Underground water reserves are also unfit for use. It appears that the siege conditions Gaza is under have exacerbated the natural lack of resources in the area.

Along the entire coastal strip of Gaza, there are problems. There is no surface resource of waters such as rivers and streams. Water in the 8-kilometre long Valley of Gaza once ran from the West Bank city of Hebron to Gaza. But the valley has long since become a controversial aspect of negotiations between Israel and the Palestinian Authorities. Israel uses a number of dams to channel the water. After heavy rains in January 2010, one of the gates of these dams was opened without prior warning, and two Palestinian villages were flooded. Many families were displaced in Johr al-Deek southeast of Gaza City and Nusirat, where the refugee camp is located.

Usually, these dams leave the valley dry apart from a lagoon of sewage water. The entire population of Gaza, estimated at 1.7 million, relies on underground resources as their key source of water. Now the excessive use of the underground water in Gaza threatens to leave the people with less water in the short term and none at all in the long run.  In the central areas, water pollution has resulted from the untreated sewage systems of the Israeli settlements. Before leaving Gaza in 2005, it is alleged that Israeli settlements diverted sewage water and also industrial and chemical waste into the underground water resources. These sources are managed and operated by the Coastal Water Municipality facility funded by the European Union and other donors.

The contamination of water supplies has created a new phenomenon in Gaza in recent years. People have started to dig their own wells, which is an illegal act, and extract water which they treat themselves for home use, and also for commercial use. The quality of the treatment without the requisite expertise of course falls far short of international standards. According to the Gaza Water Quality Authority, water is being consumed at a rate of around one hundred and seventy million cubic meters of groundwater per year. Scarcity during the winter in most years prevents the adequate renewal of these resources.

The siege of the Gaza Strip makes it that much harder. More clean water depends on new water wells as well as chemicals to purify the water. Yet Israel bans most of these materials for so-called security reasons. Israel’s role in undermining life in Gaza now seems to constrain Gazans on all sides. Israel destroyed Gaza’s power plant in 2006, leaving Gaza with daily power blackouts in many areas. To run that power plant, industrial fuel is needed. Industrial fuel can only come from Israel. Israel doesn’t allow a sufficient flow of that fuel.  This ensures both that tens of thousands of people have no power, and that further tens of thousands have no water.

This September, Al Burej Refugee Camp residents in the central Gaza Strip estimated that more than 39,000 residents, as well as many in the surrounding neighborhood, were simply deprived of water. Power blackouts prevented the water pumps from servicing people’s houses.  Alternatively, to run the water wells that can give water to those refugees requires a fuel which is not available to the municipality, due to the lack of financial resources.

I asked Om Ali al Nabulsi, a 50-year old Palestinian refugee in that camp, what were the problems she encounters as a result of the water shortages:

“We are used to never getting clean water. Many times, when I open the tap, the water smells shockingly of sewage. This started in the late 1990s.  When the Palestinian Authority came to Gaza things got a little better. But for five years now, the water problem has again become steadily worse. The water we can drink smells of chlorine and tastes like salt. Now, we buy water. It costs a lot, and we barely have a source of income. As refugees, we get support and food parcels from UNRWA. But now, we have to buy clean fresh drinking water which cost us 3 shekels per 15 litres. And we still suffer from hair loss. My daughters and I visited the doctor and he suggested that it is the salty water we use in the showers that is the main reason for this.”

On the other side of Gaza, another refugee camp, Al shati’ Refugee Camp, home for over 45,000 people who live on just 4 square kms. of land, suffers from the same problem. As you approach, you will be overwhelmed by the sewage and acrid water smells. Sewage water from the whole of Gaza City is pumped into the sea right in front of this refugee camp. Not surprisingly, Jamal Kalob, a resident in the camp is very upset about the fact that water is not accessible daily, and says that he wants to go back to his original village in occupied Palestine or Israel:

“Life in the camp is hell on earth: smelly, humid, hot and unclean to live in. Rats and mice share the place with us. On top of this, we neither have fresh drinking water nor normal water. Even in some parts of the camps we don’t have a sewage system. The sewage is being sent into the sea in small ducts. Then there are the Israeli bombing attacks and the constant fear. I wish Tony Blair or David Cameron could come over one day and have a go at sleeping in my bed.”

There are 2,100 water wells in Gaza. Ninety-six wells for fresh drinking water are controlled by Gaza’s local municipalities. People consume 50 million cubes of water for home and industrial use, while 52.5 million cubes are used for agricultural purposes.

Alaa Murad, a 27-year old teacher, however, thinks that people are part of the problem, “Now, at least there are some water wells and people can buy filtrated water, even if there is never enough to go around and the quality of the filtration process is not exactly brilliant. But the fact is, the authorities concerned don’t have sufficient water supplies and they always place the blame on the power problem. Gazans are on the increase and this means an increase in water usage and consumption. People’s double consumption of water in the summer is bound to make it scarce.”

Munzir Shblaq, head of Coastal Municipalities Water Utility in Gaza, agrees that the water problem is the direct result of the density of the population in the Gaza Strip, all drawing on one source for the water, the underground resources. But this situation is made more difficult by the seige:

“Israel, for its part, builds sand dams to capture water on the Gaza borders which it uses for the thriving agricultural areas in the Neqav area. Only 4 percent of Gaza water is fit for human consumption, but since the outbreak of the Aqsa Intifada, key purification processes have been suspended. Israel is not allowing through the key materials needed for water purification and treatment process. ”

In 2008, Israel bombed many water wells and water treatment facilities. Many costly projects funded by the EU were targeted by Israel as part of its one-sided war against the Gazan infrastructure and the people. In recent months, many Israeli spokespersons and even Prime Minister Netanyahu have maintained that there is no humanitarian crisis in Gaza. They point out that the Gaza siege is being lifted. However, facts on the ground indicate otherwise. The water crisis is a major continuation of the siege by other means.

Health services in the Gaza Strip