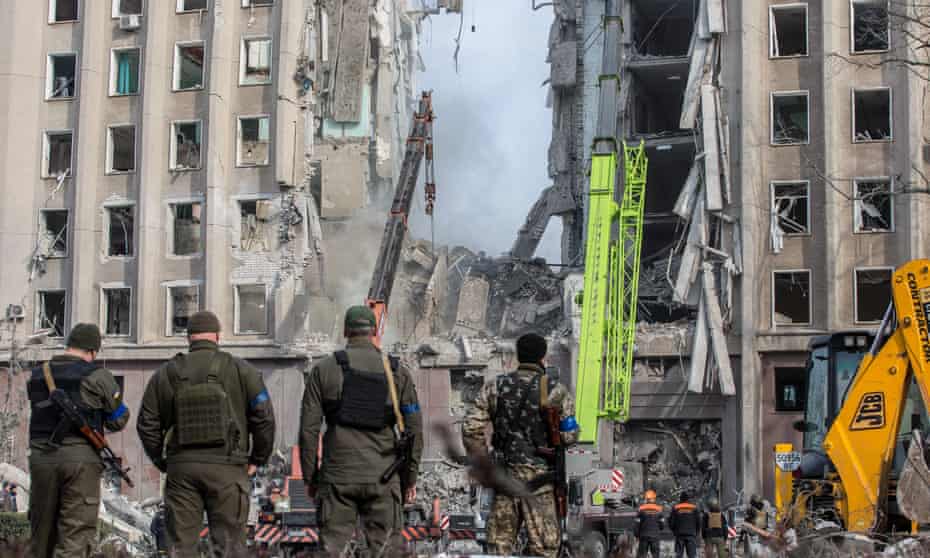 The ongoing war against Ukraine is the symptom of Putin’s disease which en route to hit Europe. The Soviet era of the Cold War is upon our door and the worst is yet to come. Russia is adamant to engulf east Europe within its geo-strategic border in face of NATO and its allies. The role of NATO— the trans-Atlantic military alliance founded in 1949 particularly to counter the Soviet union in Europe. What we see now is nothing but a round of confrontation between the two sides. NATO has not done enough to create balance of powers since created.

The ongoing war on Ukraine which started hy annexing Crimea few years ago; has long been planned by Russia as the country already lost its geo strategic border countries (former Soviet Union countries) to the west. Almost, the entire east of Europe is now part of Europe or to be. Countries which used to be integral part of soviet Russia long ago de-franchised  of anything Russian even when Putin built the new Russia

Putin’s relations with Eastern Europe is often characterised by intimidation where he has been acting like “Bully boy” of the neighbourhood.  He cut oil and gas supplies and staged some political instability in many countries. He also did topple and change some regimes to ensure full allegiances to Russia.

In 2005, the Russians cut off fuel supplies in Tallinn, Estonia, and hit Moldova with an embargo after the country signed an association agreement with the EU. While Russia may be the EU’s fifth largest trading partner, its trade relationship with east European countries is not characterized by cooperation and trust yet as stated above by intimidation and bullying.

The Russians had already taken control of breakaway regions of Georgia, South Ossetia, and Abkhazia. They also built alliance with many governments in that region but Ukraine was different.

I could not agree more with the analysis of Dan Goure who rightly suggest, Russia has a long history of interfering in Moldovan politics. Soon after Moldova split from the Soviet Union, Russia fomented a separatist movement in that country’s Transdniestria region, which is in the northeast along the border with Ukraine. The local government invited in Russian troops who have been there for more than two decades.”

Dan also point out that “It is not just the big countries such as Ukraine or NATO members like the Baltic States, Hungary or Romania that are under pressure from Moscow. Even one of the smallest, the former Soviet Republic of Moldova, is a target of Russia’s information warfare. Moldova is strategically significant to Russia.”

Putin has always blamed the U.S and considers it as the primary source of this mistrust in that region though he ignores the fact that these countries want to go West and want nothing to connect them with Russia. This is a self determination matter where people and state can decide whatever they want.

For Putin’s soviet aspirations; most important thing for Russia to do is keep its existing interests in place and to put all resources in full readiness to ensure NATO will not become on its borders through expansion in the east. Though, no one believes these countries will be ready for membership in NATO for years to come; it’s only Putin who think so.

NATO is more United than ever, but what’s next?

After its Soviet traditional enemy crumbled, NATO expanded slowly and steadily. But Russia’s Putin was not happy about that fact and worked hard to deter NATO and Ukraine was is just the answer. Vladimir Putin started his proxy war in eastern Ukraine and took full control of Crimea which he regard as Russian territories.  In response, NATO sent reinforcements to Eastern European countries seen as week to I’m face of Russian aggression. Ukraine in my view has not obtained enough support from Europe until only 2022 when this was erupted.

This unity is seen positive yet NATO members are in difference on many issues ranging from spending to expansion as well as involvement in wars that American design and lead. NATO must be ready for further Russian expansion to the east and the only way to counter this is to build a strong and United Europe with less hegemony from the US.

One should be frank that the US policies whereby dragging the NATO members had been disastrous. US foreign policy priorities should not be always a European priority. We saw how the US had dragged Europe and NATO members to be involved in unnecessary and “pointless” wars such as war on Afghanistan, Iraq and then more involvement in Libya, Yemen and Syria with noting achieved out of those wars.

NATO strategic policy for the next 50 years should be solely focus on begetting the gap between 1949 to 2022, where not enough spending was made, wrong decisions were made beside engaging on unnecessary wars. NATO should increase spending on defence budgets and equip its east Europe members with more deterring and strategic weapons to face the ever growing Russian military.

Sameh Habeeb is london based British journalist, consultant, public affairs  and PR expert. Habeeb is also an entrepreneur who established a number of startups and companies. He also established the International Centre For Relations and Diplomacy (ICRD) and Newswire Now media service.