I, Sameh Habeeb, was a co-founder and former co-editor of the Palestine Telegraph website, an open source platform; as with all open source platforms, this unfortunately includes people who may submit anti-Semitic, Islamophobic and racist comments and views. But allegations of anti-Semitism have to be proved, rather than asserted.

I totally reject that criticism of Israeli policy is anti-Semitic. The accusations against me fall within the wider context of the anti-Labour campaign against Jeremy Corbyn. The Sunday Telegraph (https://www.telegraph.co.uk/…/anti-semitic-activist-select…/“) article is yet another attempt to silence any effective voices in the #Labour Party that are critical of Israel and its supporting organisations in the UK.

The #Palestine Telegraph was founded by a group of Palestinians living in Gaza, in response to the ongoing Israeli siege and the 2008-2009 Israeli war against Palestinians living in in Gaza. During the war, Israel committed war crimes. The website was volunteer-run and an open public platform, such as WordPress.com, Blogspot.com and Medium.com, open to citizen journalists and the public to publish their views. Whenever I was notified or came to know about any content that was racist, including anything anti-Semitic, I took immediate action, removing the articles and banning the publication of any submissions by writers who publish such hate and conspiracy stories. In other words, I was on the forefront in the fight against anti-Semitism.

This is in contrast to the #Telegraph newspaper, which continues to publish anti-Semitic and Islamophobic content online.

Regarding questions about anti-Semitism, I will not let proponents of anti-Semitism, Islamophobia and racism determine what is deemed acceptable and what is not. I am open to any fair investigation by the Labour Party or any other side to scrutinise the accusations against me. I am committed to the Labour Party and its ideas and principles that stand for justice for all oppressed peoples. And I am confident that my name will be cleared. There must be due process; this trial by media and trial by hysteria is not conducive to democracy and British values. 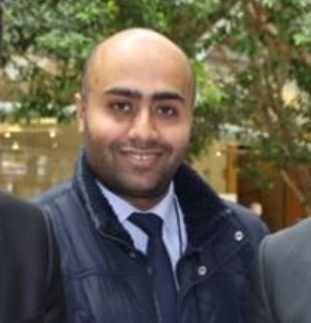