From the archive of Sameh Habeeb 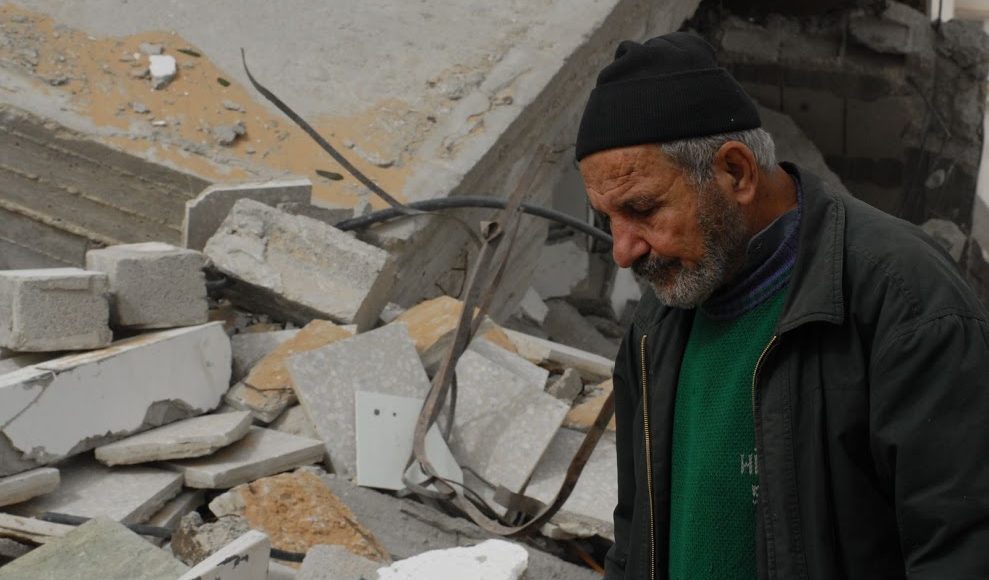 Share
The drones are unmanned aerial planes controlled by central computers in Israel. Israelis use them to monitor the Gaza Strip for ‘security reasons.’

Gaza, – Israeli punishment continues. It is, it seems, a never-ending policy. The punishment referred to is not the siege that has been imposed for more than five years. It is not the war of 2008-2009, in which Israel killed more than 1400 civilians. Not even the humiliation manifested at the Iritz crossing between Gaza and Israel, where Israeli intelligence deprived by the second intifada of their daily contact with Palestinian workers, attempted to recruit Palestinians who had to cross the border for medical treatment to work as spies – nor the constant attacks. Rather, it is a less well-known psychological war that Israel has been waging since 2000.

After the outbreak of the intifada in 2000, Israel started to use its heavy war machines. The people of Gaza, including those in the West Bank too, were exposed to these tough military tools. Exposure, sadly, resulted in the people becoming accustomed to the loud bombings, constant attacks and military incursions. Even the children adapted. No one, however, has become used to the drones. The drones are unmanned aerial planes controlled by central computers in Israel. Israelis uses them to monitor the Gaza Strip for ‘security reasons.’

One of the problems is their loud buzzing sound. For almost ten years, the buzzing sound has become a constant feature of Gaza life. They operate in the skies almost twenty-four hours a day. Many people find it hard to sleep as a result. The sound reaches everywhere, even if you close the window to sleep. As the streets quiet down and night falls, the sounds appear to become even louder. There is nothing normal about this constant refrain from above: it isn’t humane for a population to be inflicted with such a constant and threatening form of noise pollution. Granted, there are so many other ills plaguing Gaza that the noise of the drones may seem relatively insignificant. But it is an uninterrupted reminder that nothing is normal in reality. Drones are just another symbol of great many ills and sources of trauma adding to the suffering of Gaza’s adults and children.

Jamila Zaqoot, 21, is a university student in Gaza. Like so many other university students, it is quite difficult for her to find quiet time for study. After returning from university, Jamila helps her mum with the household duties. Afterwards she settles down to study, usually after 8pm in the evening:

“I really find it hard to focus. The sounds of the drones accompany me throughout. It is really annoying. I read aloud to cover the buzzing sound. Imagine how upsetting it is, it keeps buzzing like ‘zzzzzz zzzzzzzz zzzzz.’ We even called it Zananana”

Besides monitoring the skies of Gaza 24/7, the drone is used militarily to carry out light missile strikes for ‘special’ missions. It has been used many times by Israel to carry out assassinations. Many leaders from the Palestinian freedom fighting factions have been killed by drone attacks. Civilians are also killed. Two months ago, a doctor and his 4-year old son were killed by a drone. They were on the father’s motorbike when the assassination machine struck, killing them both instantaneously. Of course, this incident was earmarked by Israel as a security measure and then ignored by the international community.

In addition to noise irritation, the drones can spoil the time that families spend together. They cannot watch family movies or even listen to the news. Drones hover overhead in the skies and digital satellite TV is jammed. There are a few channels that are not affected but 90 percent of the TV channels have interference as a result. When I asked Ahmad al-Safedi, 45, who runs a shop selling satellites in Gaza about this effect, he said he couldn’t account for the jamming scientifically. According to him, the problem started almost ten years ago, coinciding with the Israeli army beginning to monitor Gaza air space with these drones. Many people, he says, complain about this problem.

Al Safedi added, “It is upsetting when you are watching a film, or looking at the news. The drone keeps cutting up the satellite signal, especially the Nile Sat (an Egyptian satellite that has more than 500 channels). The image will suddenly disappear. The broadcasting will return 2 minutes later and then disappear again. European TV channels tend not to be affected by drones. Yet they are not watched by many.”

The drones were originally American-made, but over the years Israel has developed their own models. They are now sold all over the world. Drones violate international law, which of course Israel has violated in many other regards. The drones violate Palestinian sovereignty. While Israel pulled out from Gaza after removing over 8000 thousand settlers who were occupying over 50% of Gaza, it still maintains control over Gaza through the drones: they maintain the Israeli occupation.

Motasim Dallol, 32, a Palestinian student who arrived recently in London feels the difference. He says that the drone-free sky over London neighbourhoods is like heaven. Will it take native westerners being similarly terrorized by the buzz of these machines before they wake up to the impact these inhumane weapons have on humanity?